Holahan served as Senate Budget Committee Communications Director for U.S. Senator Judd Gregg of New Hampshire for nearly six years, from 2005 until his retirement from the Senate at the end of 2010. During that time, Holahan worked closely with the national print and broadcast media to convey Senator Gregg’s calls for fiscal restraint, debt and deficit reduction, and entitlement reform.

Previously, Holahan served as a spokeswoman and senior public affairs advisor at the U.S. Treasury Department for four years (2001-2005), where she oversaw communications efforts for the Office of Domestic Finance and its officials, focusing on the financial markets, the financial services industry, fiscal policy and operations, and financial education issues.

Holahan joined the Treasury Department following a stint in 2001 as press secretary for the Congressional Joint Economic Committee under U.S. Senator Robert Bennett of Utah. Prior to that, she served for nearly four years (1997-2001) as the top press aide to U.S. Senator Pat Roberts of Kansas, where she effectively communicated the senator’s views on defense, intelligence, health, education, trade and agriculture issues.

Earlier in her career, Holahan was the chief spokesperson for the Farm Credit Council, a national organization representing financial institutions of the Farm Credit System, a government-sponsored enterprise. Holahan began her career in Washington, D.C. as a financial market columnist covering energy futures exchanges for The Oil Daily newsletter.

A native of Fairfield, Connecticut, Holahan is a 1992 graduate of Syracuse University. She resides in northern Virginia with her husband and two children.

Great Point Strategies’ name is inspired by Nantucket Island’s Great Point Lighthouse, which has served as a beacon to passing ships since 1785. Holahan has been visiting Nantucket since her childhood and is the fourth generation of her family to spend time there. 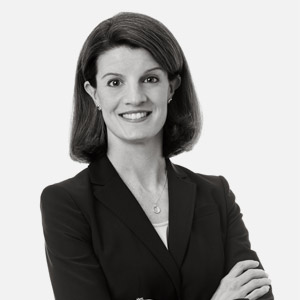